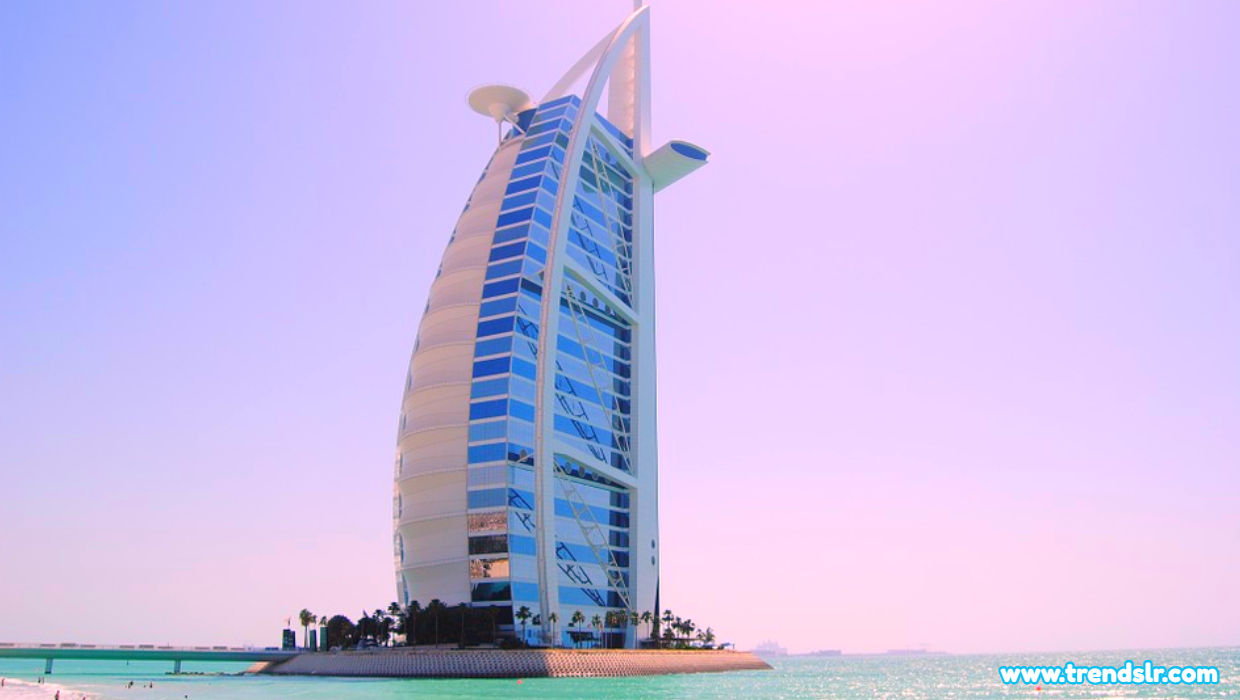 UAE Full Form is United Arab Emirates. UAE is the eastern region of Arabian Peninsula and extends along the Gulf of Oman and Southern Coast of Persian Gulf. UAE shares sea borders with Kuwait, Qatar, Iran, Bahrain, and Iraq; while it shares land borders with Saudi Arabia and Oman. This place was originally inhabited by sea travelers or seafaring who later got converted to Islam during the 7th century.

UAE has one of the world’s largest oil reserves and natural gas reserves. The oil reserve takes the 7th place in the world while the gas reserves takes the 17th place in the world. The economy of the country is vastly diversified with it famous city Dubai becoming a major contributor in terms of International Trade and Transport. However, the country is most criticized for the ‘human rights record’ with strict legal systems.

The United Arab Emirates is a union of 7 Arab states, each ruled independently by its monarch. These states are (1) Sharjah (2) Abu Dhabi, (3) Fujairah (4) Dubai, (5) Ajman, (6) Ras al Khaimah (RAK) and (7) Umm al-Quwain. Even though each state has its own ruler, the President of the union is the king of Abu Dhabi. The largest city amongst the union is Dubai. However, Abu Dhabi is the working capital.

In 1971, the late President, king of Abu Dhabi Sheikh Zayed bin Sultan Al Nahyan had a vision to enhance the newly acquired oil wealth for the betterment of the undeveloped states. Thus he unified the states to form a federation and changed the face of the desert into a modern and developing place. Ras al Khaimah was the last state to join the federation.

Now under the able leadership of the current ruler of Abu Dhabi, who also happens to be the President of the federation, there are many developments and modernization taking place in the Emirates. The oil revenue has been utilized to construct roads, schools, houses, hospitals, etc and places like Dubai, Sharjah are converting into modern trade and tourism destination, thus boosting the economy.

In the early 19th and 20th century there was a rise in the pearling industry and the economy was rested on that. The First World War was the major cause of the downfall of the industry, coupled with the invention of cultured pearl. However, as there were restrictions imposed by India to import pearls from the Arab states in Persian Gulf, the pearl industry took a major hit and resulted in collapse of economy.

It was the British who tapped the potential of natural resources like oil in the Gulf and then started the economic rise as there was enough oil for local consumption as well as for global export. Soon the Arabian countries started rolling in gold due to oil wealth. Nonetheless, the greater stock of oil was found in Abu Dhabi and thus the British made their base in that city.

Currently, the Emirates still supply oil to the neighbouring countries and the revenues help in changing the date selling Arabs into successful businessmen, as the modernization has seen an opening of many malls and hotels to boost trade and tourism. Which was once considered a backward country, has emerged as a powerful economy, thanks to striking gold with oil reserves and overall development of the states.

UAE – A land of opportunities

When the Arabs struck oil and became rich, they used the wealth for the development of the country in the form of infrastructure, etc. However, with poor literacy rate in earlier times, they needed help from skilled labour from other countries. They had the money to spend, but no skilled manpower that would force them ahead in progress.

This was like a dream come true for many in India and other neighbouring developing countries to go there and earn a good amount of money, more so since the earnings were tax-free. Gradually, specialists in oil and natural gas production, turners/fitters, welders as well as skilled professionals like engineers, doctors found their way to this newly opened avenue. The people prospered and the country developed, so it was a win-win situation for all.

As the tourism in being boosted in the desert land, many state of the art constructions of commercial towers, hotels, etc has seen an upsurge especially in Dubai. What was once an arid desert has transformed in beautiful, well developed and modern land. There are many manmade islands, tall towers, exclusive shopping malls and sports facilities that attract the tourists from around the globe, hence boosting the country’s economy.

Places worth seeing in UAE

Dubai has some modern as well as historic structures. Some are Hatta Heritage Village, Burj Khalifa, Dubai Mall and Dubai Museum. The manmade wonder of Palm Islands with its beautiful landscape is also worth a visit. Burj Khalifa is the current tallest structure in the world standing at more than 828 meters and having over 160 floors. The Palm Islands or known as Palm Jumeirah is an artificial archipelago made on the land reclamation by Nakheel, which is a Dubai Government owned company. Now many luxury hotels and villas stand on this land that has made this a tourist hub.

Abu Dhabi is the largest of the seven emirates and is also the capital city. Around 70% of Abu Dhabi is open spread out desert and the highest peak in Emirates is located in the south of Al Ain City and is known as Jebel Hafeet. The Emirate’s Palace, Heritage Village, Al Maqta Fort, and Sheikh Zayed bin Sultan Al Nahyan Mosque are some of the landmarks in Abu Dhabi.

With promotion of sports, especially cricket, Sharjah has become a popular destination for cricket lovers, as periodically international tournaments are held there. Sharjah is a blend of historical and modern architecture and culture. The historical sites can be visited in the heart of Sharjah and Al Qasba Centre and Al Majaz waterfront can be seen as the modern sites of the emirate.

Ras al Khaimah has archeological evidences of old civilizations and places worth visit are The National Museum and Iceland Water Park. Al Madhab gardens and Wadi Al Wurayah waterfalls are major tourist attraction in Fujairah. Besides this, historic Al Bidya Mosque and Heritage Village are worth a visit. Ajman Museum, Masfout Castle and Gate and the Red Fort are attractions in Ajman emirate. Umm al Quwain has archeological evidences tracing to the Mesopotamian and Umm Al Nar civilizations. Dreamland Aqua Park and Umm al Quwain fort (museum) are the landmarks there.

UAE is mostly a desert land and thus the climate is warm and sunny in winter, whereas the summer can be extremely hot and humid. The eastern mountain side is comparatively cooler. There is average rainfall on the coast but reasonably more in the mountains. The currency of UAE is Dirham and 1 Dirham equals 100 Fills.

The official language is Arabic. However, Urdu, Hindi and English are also used. Even though they follow Islam, other religions are also tolerated in UAE. The weekend there is Friday and Saturday (Friday being their main prayer day). Arabs are conservative in nature and thus the system of burqua is followed there. Nonetheless, modernized cities like Dubai, Sharjah, Abu Dhabi has working women dressed in modern attires too.

UAE has risen from being an arid desert land into a sophisticated and developed country. Its modern infrastructure and genuine efforts of beautifying the places has turned UAE in the hottest tourism hub, especially during sports events and Dubai shopping festival. If you wish to experience how sheer will and good use of wealth resources can turn a desert into oasis, do make a trip to UAE.